Processor cooling There are only two type of CPU cooling solutions available: air cooling liquid cooling Air cooling for CPU requires heatsink and fan. The heatsink is placed on the CPU using thermal grease (or thermal paste), and the fan is placed directly onto the heatsink. This moves the hot air away from the heatsink ....more..
HTK-002-U1 Cooling: CPU Processor
CoolerMaster HTK High Performance Thermal Compound
compare 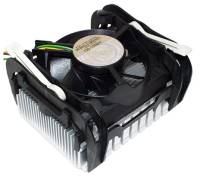 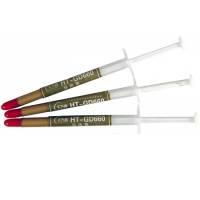 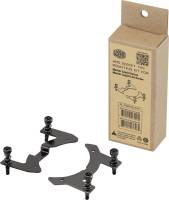 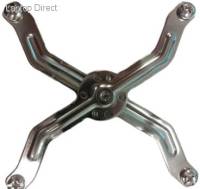 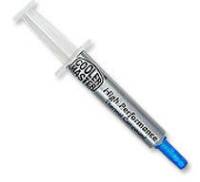 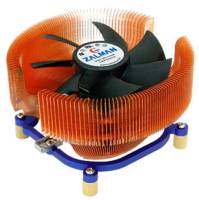 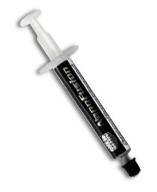 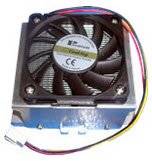 There are only two type of CPU cooling solutions available:

Air cooling for CPU requires heatsink and fan. The heatsink is placed on the CPU using thermal grease (or thermal paste), and the fan is placed directly onto the heatsink. This moves the hot air away from the heatsink (and CPU) surface and blows it into the surrounding air.

Liquid cooling also requires a heatsink, but instead of air, liquid is used to move the heat away from the heatsink. Liquid cooling is more efficient than air cooling.

UV reactive liquid and tubes can be used, which gives the entire PC a glowing effect.

What is the ideal temperature for a Intel or AMD processor?

The correct temperature for a processor to run at is simply put: "as cool as possible".

The cooler a processor runs, the longer its life span and the better it performs.

Overclockers also benefit from extreme cooling solutions since the CPU is capable of running at higher speeds without overheating, but for reference purposes, the temperature of a processor should not exceed 70 degrees C max. depending on the PC load.

If the CPU is running too hot, the following may happen:

How to keep your PC cool and running efficiently:

Clean your computers' insides regularly - dust and other dirt can build up and prevent efficient air circulation. Use care when removing dust. If needed, use a soft brush to remove dust.

Put your PC in a well ventilated area. Plenty of space will prevent hot air from circulating back into the computer.

Make sure that all the fans are working correctly, add more fans or use better fans on the computer.

Quite computers require quite fans

Stock fans are usually noisier than after-market fans. CPU coolers that are purchased separately tend to be more efficient, and run cooler at lower fan speeds, sometimes switching completely off when not needed. The lower the fan speeds, the quieter the computer.