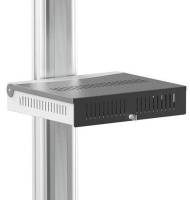 We sell affordable Blu-Ray players direct to the public at affordable price.

Blu-ray Discs (BD) was introduced in 2006. The Blu-Ray discs have high storage capacity, Blu-ray discs can hold and play back high-definition video and audio, as well as photos, data and other digital content.

A single-layer Blu-ray disc, which is roughly the same size as a DVD, can hold up to 27 GB of data, which is about 5 times that of a standard DVD disc.

Blu-Ray players deliver high quality high-definition video, and an HDMI cable is required to get the best quality from a Blu-Ray player. A TV that is capable of full Hi-def video will include an HDMI port.

We sell affordable DVD players direct to the public at affordable price.

DVD was introduced in 1997, a technology that brought digital sound and video into homes all over the world. It revolutionized the movie industry.

A single-sided DVD can hold 4.7 GB Gigabytes of data including movies, documents, audio and photos. This is enough storage for two hours of a standard-definition movie with a few extra features.

We sell Video players at the best prices in South Africa.

Video player is a generic word for both DVD and Blu-Ray players. Although Video players refered to Video tape players (VHS), it is now no longer sold nor used. When a person refers to a video player, it could be a Blu-Ray player, a DVD player or a multimedia player, which we also sell on this online shop.

How to add more HDMI ports

If you would like to add more HDMI ports to your TV screen or monitor, you will need to purchase an HDMI splitter or HDMI Switch.

An HDMI broadcaster will allow you to send video across a standard network over large distances without degrading the picture quality. It must be remembered that HDMI is a digital signal and it can be transmitted over great distances, even across different countries, with the right equipment.