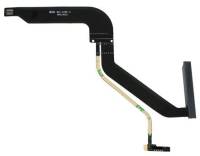 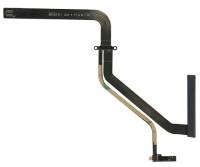 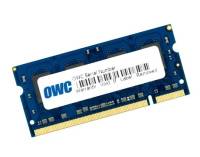 Other World Computing (OWC) has been providing quality hardware products and support to the computer industry since 1988 and features one of the largest online catalogs of computer, iPod, iPhone, and iPad enhancement products through its e-commerce portal www.macsales.com. As a member of the Apple Developer Program, OWC also provides extensive US based technical support for Macintosh users around the world as well as Internet access via www.fastermac.net and www.owc.net

By activating an on-site wind turbine in October 2009 at its Woodstock, IL corporate headquarters, OWC became the first technology manufacturer/distributor in U.S. to become 100% on-site wind powered. The turbine cleanly generates more net energy than is consumed by OWC's operations and datacenter.

In March 2010, OWC's corporate campus was designated as LEED Platinum by the Green Building Certification Institute (http://eshop.macsales.com/green/index.html). Platinum is the highest achievable LEED (Leadership in Energy and Environmental Design) Program level, which began in 1998. Out of more than 14,000 LEED projects engaged worldwide since the program's inception, OWC is one of less than three hundred to achieve the Platinum standard. With this recognition, OWC also became the first privately owned light manufacturing/assembly building in Illinois to obtain LEED Platinum status. In September 2010, OWC's headquarters earned the U.S. Environmental Protection Agency (EPA) ENERGY STAR rating for building operations that perform in the top 25 percent of similar facilities nationwide for energy efficiency.

This online computer store is an official OWC reseller in South Africa.

The OWC products include:
Warranty support South Africa: You need to return the product back to your original point of sale. No other store can offer warranty backup on your product and there is no central point of contact for end users.

Repairs: You need to return the product back to your original point of sale for repairs.

© Respective owners and brand holders. © 2022 Laptop Direct CC. The contents has been generated by Laptop Direct CC (https://www.laptopdirect.co.za). All products are sourced locally in South Africa and the warranty is that of the local supplier only. E&OE.
1 2 3 4 5 6 Next Page