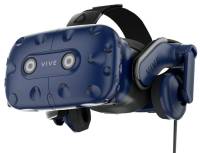 HTC Corporation formerly High Tech Computer Corporation, is a Taiwanese manufacturer of smartphones. The company initially made smartphones based mostly on Microsoft's Windows Mobile operating system (OS) software, but in 2009 it began to shift its core focus away from Windows Mobile devices to devices based on Android OS, and in 2010 to Windows Phone OS as well.

HTC is also a member of the Open Handset Alliance, a group of handset manufacturers and mobile network operators dedicated to the advancement of the Android mobile device platform. The HTC Dream, marketed by T-Mobile in many countries as the T-Mobile G1 or Era G1 in Poland, was the first phone on the market to use the Android mobile device platform.

HTC was founded in 1997 by Cher Wang, HT Cho, and Peter Chou. Initially a manufacturer of notebook computers, HTC began designing some of the world's first touch and wireless hand-held devices in 1998. The company has a rich heritage of many "firsts", including creating the first Microsoft-powered smartphone (2002) and the first Microsoft 3G phone (2005). Their first major product was made in 2000 and was one of the world's first touch screen smartphones. The Palm Treo 650 and the iPAQ were created by HTC.

They started producing 3G-capable phones in early 2005 and made the world's first Android phone in 2008, the HTC Dream (also marketed as the T-Mobile G1). It was first released in the United States for pre-order through T-Mobile USA on September 23, 2008, and became available in U.S. T-Mobile stores on October 22, 2008. The G1 was available in the UK several days after its USA launch, and has since been introduced in many countries including Australia and Singapore. In 2009, the company launched the HTC Sense interface for the platform with the HTC Hero.

HTC South Africa
Warranty support South Africa: You need to return the product back to your original point of sale. No other store can offer warranty backup on your product and there is no central point of contact for end users.

© Respective owners and brand holders. © 2020 Laptop Direct CC. The contents has been generated by Laptop Direct CC (https://www.laptopdirect.co.za). All products are sourced locally in South Africa and the warranty is that of the local supplier only. E&OE.
1